And so the great Sri Lankan adventure came to a close in much the same fashion as it had begun. We woke up bright and early at 6.30 am, only to switch off the alarm and get back into bed till at least 7 am. Took a nice long warm shower and headed down for breakfast. It was nice to see nothing had changed in the week that we had been away and we had a nice, light breakfast and were treated to the scenes of a Sri Lankan wedding. The bride looked stunning in her traditional white sari and more than her dress, it was her calm, poised and elegant attitude that made her look all the more attractive. We stopped to look at the happy couple before going down to roam around in the basement souvenir shop that we had bought our first postcards from. No poo paper here (there was a souvenir shop outside Pinnawala selling a variety of products made from elephant poo), only the regular elephant statues, magnets, masks, coins etc. I got some Sri Lanka stamps for a colleague at work who collects stamps and my brother bought a book to read on the plane.

After a while, mum and I decided to roam around the hotel and do some exploring. We weren’t sure where we were going when we found ourselves next to a tiny garden with a pond filled with water lillies. As we approached the garden, we found that someone had already beat us there, a man dressed in traditional garb and a drum slung across his neck and we figured he was there for the wedding we had seen earlier. He was there for a wedding, but not that wedding. We had in fact chanced upon the site of another wedding. Right opposite our vantage point, the bench in the garden, passed the procession for another wedding headed by traditional musicians and dancers who led the bridal party. Mum insisted that the first bride looked better. I would have to agree. We didn’t take any pictures because we didn’t mean to intrude but the drummer had allowed us to take a picture of him when we had entered the garden , before he went back to taking pictures of the garden.

I spy with my Sri Lankan eye… a drummer taking pictures 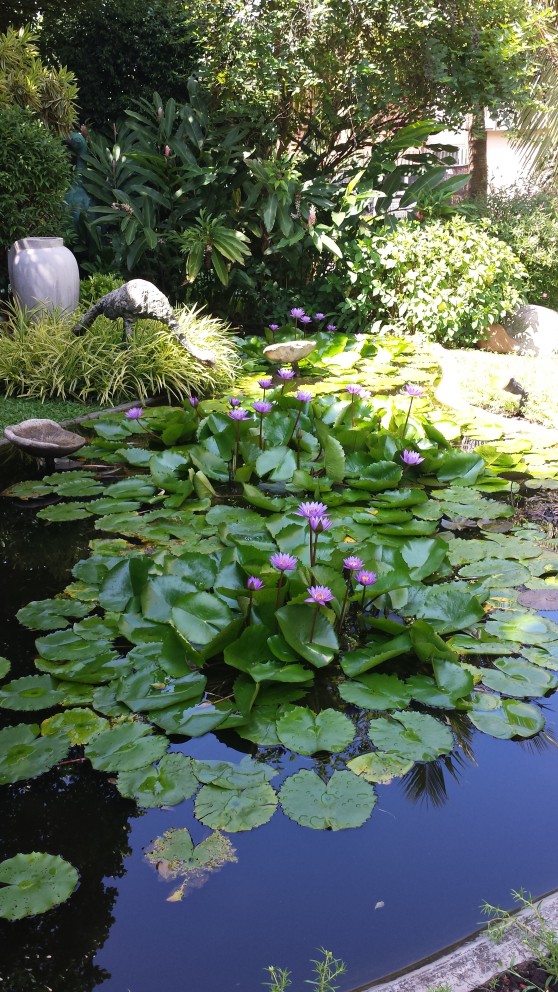 So what was he taking pictures of?

We waited patiently for all the wedding processions to end before making a run for it back up to our hotel room where we put the finishing touches to packing up our luggage and watched TV. We ordered an early lunch, seeing as how we had to check out by 3 pm (the hotel had granted us an extension), and by the time we finished our lunch of a kid’s meal of fish and chips, cheese pizza and a regular burger, dad came back from his morning meetings and art adventures. He had picked up an enormous canvas as large as a king-sized bed. It was a painting of horses but quite mediocre and not to mention hurriedly done, not at all in the class of the painting he had brought back with him on his first trip. The more pressing point, however, was how we were going to lug it around at the airport. Dad had it wrapped up in newspapers and taped it up and by 2.45 pm we were ready to check out and head to the airport. We paid in cash; counting in thousands is tedious business and I can’t imagine how the Italians and Koreans manage.

We finally set off with our driver/guide who we had retained for the last day as well, choosing him over a hotel transfer to the airport because he was much more informative and because we just enjoyed his company so much. Driving down, he told us that the Dutch had once created a canal for transport but thanks to the canal, the sea water had seeped into a nearby river which could no longer be used and as a result of which nearby paddy fields were given up on. Also along the way, he pointed out that people were fishing for prawns on our left. There were no people, only the tops of wooden spokes could be seen and he explained that the cage-like wooden structures were used to trap the prawns. He told us that we could go for a boat ride there as well, but we just headed for the airport where we bid a fond farewell to our guide whose contact details we took down in hopes that we could meet him again if we got another chance to come back to Sri Lanka.

It’s amazing the things you take for granted, living in the UAE – like clean toilets and great airports. You can check in pretty much whenever you like (obviously not seconds before the flight), and you’re guaranteed to just go in and be able to reach your gate where you can lounge around (no pun intended) outside till the gate officially opens. In Colombo, however, it was was very different. As the airport is much smaller in scale, because we were early (as usual), we couldn’t check in. In fact we had to sit outside in the waiting area till they announced the check-in and that the gate was ready for us. That was around 5pm. We didn’t let that deter us and spent the time browsing around the souvenir shops in the waiting area. We ended up buying cashews and a cute elephant cushion cover, while dad had lunch and my brother sampled more of the local soft drinks. 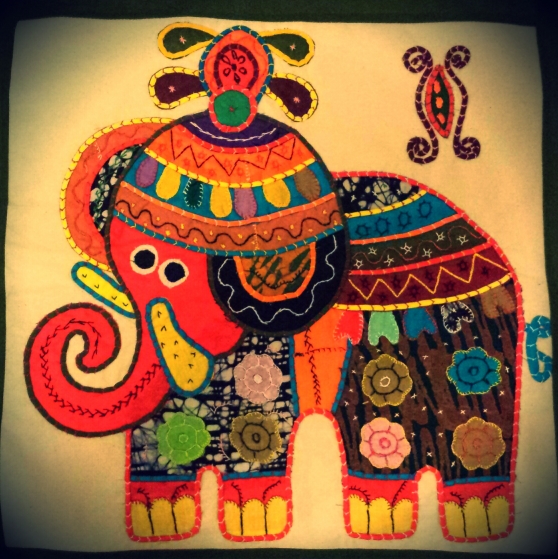 At around 5pm, we joined the long queue to check-in and found ourselves behind someone who was leaving his family for the first time to go to Italy. There were lots of tears and fond farewells and it was reassuring to know that people are capable of so much love. Since we were without a porter, my brother had to do all the heavy lifting, but unlike Dubai, the airport is not a marathon course and it was just a matter of minutes before we were back to where we started – the statue of Buddha we had first seen on arrival. We roamed around in the Duty Free for a bit only to kill time, grabbed a coffee and a croissant to gobble down before the gate opened. Luckily our gate was next to a restroom and we thought we’d take a trip there before checking in, but dad mistakenly thought the plane was boarding (an hour and a half early) and got us all checked in. In fact, the gate had only just opened and off we went inside past the last security check, doffing shoes and all. Unlike the rest of the airport which was rather warm, the waiting area was really cold, a sign of things to come. We waited patiently, dad facebook-ing, my brother reading his book, and mum and I counting the minutes.

Boarding call announcement at last. Our seats were split up so mum asked the Italian couple sitting next to the men if they’d perhaps exchange seats to which the amiable lady replied, “Yes we can!” and promptly went on to swap seats with us, leaving us all seated together – under the killer A/C ducts. I wasn’t about to make the same mistake twice and decided early on to get a blanket and proceeded to cover my head. I may have looked ridiculous, actually I did look really ridiculous because I really have no turban wrapping skills to boast of, but unfortunately it wasn’t enough. While the seats were as uncomfortable as when we flew down to Colombo, it seemed that the plane was now twice as cold. We were all huddled in blankets, and when I say all, I mean even the Italians and Europeans who were lucky enough to have hoodies and sweaters in their carry-ons because they were flying transit to Italy. Now where on earth were we supposed to get warm clothes, travelling from tropical Colombo to desert Dubai? I would have taken a picture of how ridiculous the entire cabin looked, except my fingers were numb and I wouldn’t take them out from under the blankets even if you paid me to. After a while it seemed the only requests the air hostesses were getting were to somehow raise the cabin temperature. They fielded the questions and repeated requests and each air hostess had her own response. Some said they had adjusted it (pacifying the people who would realize later they’d been conned), some said it was the cabin design and only our cabin was experiencing this extremely low temperature (you can’t really argue with aircraft design with the crew because they can;t really fix it, can they), some said it was simply not possible to change the temperature (again, it’s unreasonable to ask for the impossible so a great way to get people to stop asking) and yet others said the reason the cabin was so cold was because they were circulating external air into the cabin to prevent the spread of diseases. The last one seems like a sound reason, except by the time we landed in Dubai, the plane was a cacophony of people coughing, sneezing and blowing their noses. I think that flight caused more illness than it supposedly prevented.

Other than the sub-arctic temperatures, the flight was relatively uneventful (or maybe we were too numb to process anything), except for the one case of sudden turbulence and drop in an air pocket. It was so unexpected that there were cries in the cabin, a scurry of cabin crew rushing to their stations and one air hostess got injured. We reached Dubai safe, not sneezing, and on time thanks to the strong headwind. No rush at the immigration counter was compensated for by the extra long bus ride to the arrivals due to the then upcoming and now ongoing maintenance activities. In a short while, we were out of the airport and back at home with my fish who were glad to see the end of our week-long Sri Lankan adventure. Alhamdulillah.